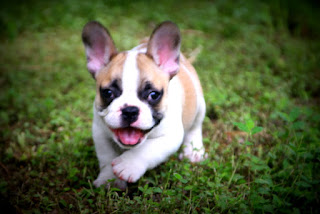 So.  Just the other day, Kurt desperately wanted to rescue a kitten at the vet.  I told him I didn't want any more pets since we already have three dogs and a cat.

Fast forward to May 26, 2015.  Kurt and I were in the San Jose area running errands.  And we had a TON to run.  Had to meet up with two different bankers, two different lawyers.  One after the other.

And then we saw the cutest little french bulldog puppy in the world.  I again said, no we don't need another pet.  But then, I held him.  Yep, he is now home with us.

We named him Miggy Pierre.  Miggy, after Miguel Cabrera, and Pierre, simply becuz he needed something French in his name.  And Pierre was the only French name Kurt could think of.

Miggy is slowly learning things and getting adapted to the house.  So far, the pugs and cats have no clue what to do with him.  He likes to bite while playing and none of them like that much so they avoid him.  Eventually, I have no doubt him and Midas will be the bestest of friends.

It is weird for us to have a nonpug.  But Miggy Pierre has been a blessing to us and we love him so much!  I leave you with pictures. 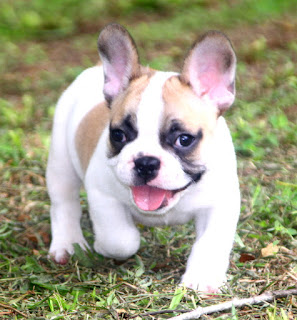 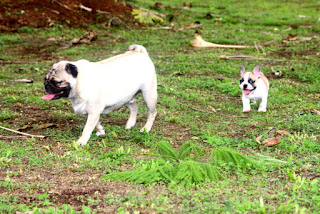 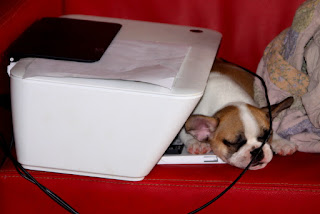