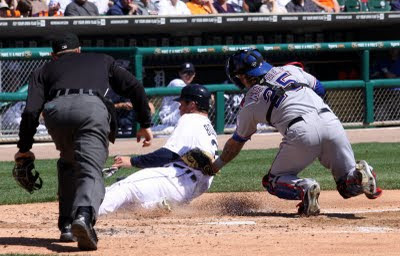 SOOOOOO, we will be in La Jolla (near San Diego) for the weekend for a wedding. (Thank you Kory for staying at the house and dog/cat sitting).

Anyone have any suggestions on things we have to do, see, places we need to eat, shop? 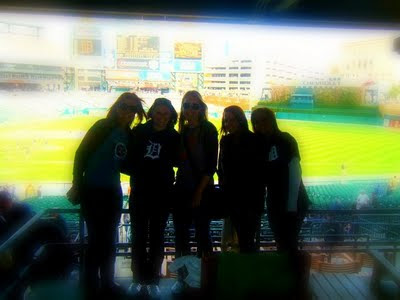 When it rains, it pours! :). Our part-time secretary, Alana, put her two weeks' notice in on Friday. She was offered a full-time job at the probate court, where they pay for your school. We can't offer that benefit at our office, so she is leaving to try and keep her student loans down. We are not replacing her either, so we will be down to one associate, one paralegal and one secretary. Which is fine with us. We kinda want to streamline things and do not want to train anyone new. Training takes so long and requires so much time andd energy, and I just don't have time OR energy right now! :).

Had dinner Saturday at Mitchell's in Livonia with Cassie and Ken and Ken's son, Zyon. It was a fab dinner. We had a reservation, but still had to wait quite a bit of time. We did not complain at all, but they felt bad we had to wait and gave us three free appetizers and free drinks! Crazy! I had a martini (since it was free) and got buzzed off like HALF of it. I am truly pathetic. Had lobster for dinner and it was amazing, as usual. It is my fav meal there.

Got my hair done at Daybreak Saturday, and my brows waxed. It is crazy busy there on the weekends! Last time I went was during the week and it was a lot quieter. Anyway, love the hair! Got a couple inches cut off and new highlights. Stopped at target afterwards, just to browse, as I have not been to a target in like 6 months I think! This target had a ton of food, like an entire frozen food section, which I have never seen in a target before. Anyway, bought some hair stuff on clearance, bought a refill on two vitamins I needed (calcium and valerian root), and got some new clothes. Target had such great deals on clothes--guess I forgot since I rarely go there! I ended up buying a new pair of jeans (which Kurt loves on me, I wore them to dinner tonight), a pair of jean capri pants for summer, a pair of shorts, a skirt for work, and a cute t-shirt.
Composed By: Lori Anne Haskell at Saturday, April 16, 2011 3 comments: 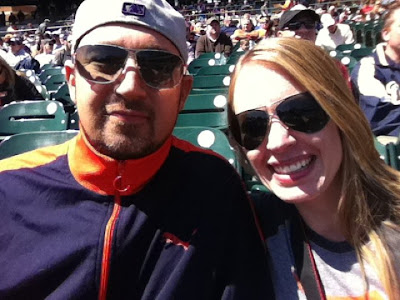 The weather was absolutely gorgeous out on Sunday.........Sunny, warm, surprising weather just makes me happy. I worked part of early afternoon, and by the time I went out to my car again, it was over 80 degrees outside. So, I put the top down on the Saab, turned the music up, and started driving to Kohls.......I needed to look for a dress to wear to the San Diego wedding I am going to pretty soon, and have nothing to wear. Ended up trying on a bunch of dresses and liking a lot of them, but bought this one with these cute sandals which I know I will wear again. Also bought a cute new shirt that can be work or casual, and a pair of shorts for San Diego since I have NONE that fit right now. Also got some new nylons, and a pair of swim trunks for Kurty. Oh, and I finally found a bathing suit top that I like on! Problem is I still don't have the bikini bottom, but that will be easier to find. I am pickier about tops. Plus, I had a 20% off coupon, so I saved a bunch of money on all this stuff as well.

Came home and Kurt had cleaned out the entire garage and was cleaning the cars as well. He had packaged up all the pop cans, which we got back and cashed in for over $45! Crazy! I guess I drink a lot of diet pop, LOL. We ran into town as well to buy a new doorknob (one of ours was needing to be replaced).....I think really we just wanted to drive around with the top down, hehe.

We had an office outing yesterday afternoon to the Tigers game against texas. The weather could not have been more perfect for baseball. Clear skies, around 62 degrees, sunny, really a perfect MI Spring day. I wore jeans and a 3-quarter length sleeve shirt and was not too hot, not too cold. Plus, the Tigers won with a walk off homerun by Inge and that's super fun to be part of as well. I got some great pics, which I need to upload and play around with. We had amazing seats in the third row behind visitors dugout. I went and walked around the Tigers store as well, and OMG, the prices in there are insanely high. I really liked this one retro Tigers hoodie. $100. That is insane. I know the stuff is cheaper on the Tigers website, so I will have to look there or eBay. I dont even spend $100 on suits for work, a hoodie should not cost that much.

Yesterday was Holly's last day at the Firm. She took a job as a clerk for one of the Judge's we are in front of all the time and starts today. We are not planning on hiring anyone else. We are going to stick with three attorneys. I hate the whole hiring and training process, and I do not have the energy to do it again right now. I would rather do more hearings and put more hours in than hire/train again right now. Plus, our crazy busy season just ended, so having three attys should more than cover the work I think.

So, off to an appointment at the Monroe office. I got ready way to early today not realizing I had an appointment there until Kurt told me when I woke up, so I have been sitting here reading blogs and updating my own! :).

Oh, I got two dresses in the mail yesterday from Hautelook.com (a fav site of mine) by Ellen Tracy. I had never heard of the line before, but the stuff is really high quality and adorable and cheap since it was off the discount site. I am wearing one of the dresses today (with a suit coat over it). I would post a pic except Kurt is not here..........
Composed By: Lori Anne Haskell at Thursday, April 14, 2011 4 comments:

Underwear Bomber, His State of Mind and the Complicity of the Detroit Free Press in the Cover Up

Earlier this week Lori and I attended the pretrial conference for the Underwear Bomber (Umar Farouk Abdul Mutallab). This was the second hearing we attended and we plan on attending all other future hearings if our schedule allows. The hearing was pretty uneventful. One point of note to indicate Umar's state of mind was made during the hearing. Judge Edmunds asked him if he had any current concerns. His response had nothing to do with him being sentenced to life in prison, evidence, his need for an attorney, etc. His response was that he wasn't being given commissaries that he wanted in prison and also that the prison would not let him have a certain magazine subscription. Does this sound like someone in the right frame of mind to defend himself in a trial of this magnitude?

and the second one can be found here:

Anyone following this blog knows that my theory on this case is that an agent of the U.S. Government escorted Umar through security without a passport and provided him with an intentionally defective bomb in order to stage a fake terrorist attack on the flight that I was on (Please read previous blog posts for more information and evidence that supports my conclusion). The first erased article talks about how the prosecution requested a hearing to block Umar's stand-by attorney Anthony Chambers from obtaining evidence in the case. I have to ask, why would the prosecution do this? Isn't this an open and shut case with nearly 300 eyewitnesses? Obviously, this article clearly supports my conclusion that the U.S. Government is hiding the real story and the evidence must support this conclusion.

The second erased article talks about how stand-by attorney Anthony Chambers stated that the U.S. Government's own explosives experts indicate that the bomb was defective and could not have blown up. Again, this is another article that has mysteriously been erased by the Free Press. Why would the U.S. Government not want this story out there? Obviously, it would be hard for anyone to believe that Umar went through all the trouble to go to Yemen and have a bomb sewn in his underwear, travel back to Nigeria, then Amsterdam, then Detroit, only to have the bomb have no chance of detonating. It is much easier to believe that the U.S. Government supplied Umar with a fake bomb as it did(admittedly) with the Portland Christmas Tree Bomber and the Wrigley field Bomber.

Strangely enough, all other mundane articles about the Underwear Bomber going back to 2009 remain on the Free Press website. This is not a case of the Free Press erasing old articles. This is a case where the Free Press hand picked explosive articles that go against the official story in an attempt to hide the truth from the American public.

This is not the first problem that I've had with the Free Press. I have done numerous interviews with it only to have the articles, or any mention of anything I stated, not get reported. As a matter of fact, at the hearing in late January 2011, I did a 15 minute interview with a Free Press reported. Despite the fact that her article appeared in the Free Press the next day, she did not mentioned me or her interview with me in any way.

For anyone that believes we have a free press in this country please provide me with a reasonable explanation of what has occurred here with the Detroit Free Press. It certainly appears to me that we have blatant censorship by one of the largest newspapers in the U.S. Sadly, it also appears, that the media is nothing but a 4th branch of the U.S. Government. The sole purpose of the media is obviously to get paid to spew propaganda to the unfortunate U.S. citizens that have yet to awaken.
Composed By: Lori Anne Haskell at Saturday, April 09, 2011 6 comments: