This was amazing. I halved the recipe and it was the perfect amount for Kurt and I to split. I also quartered the shrimp for me, and made Kurt's with ahi tuna grilled since he does not like shrimp. Found the fish sauce and noodles in the Thai section of the grocery store, and the bean sprouts in the organic section of the grocery store (and they were locally grown, bonus). Everything else I had at home. Oh, I also subbed soy nuts for peanuts since I forgot to buy peanuts.

Anyway, highly recommend. I think I was missing Thailand? :).
Composed By: Lori Anne Haskell at Sunday, February 27, 2011 No comments:

Germany was a great trip! :). One of the reasons we chose Germany is that there is a direct flight from Detroit to Frankfurt. After booking the flights (and getting one flight free with miles, one for $300.00 off in price), we realized that there was limited things to do in Frankfurt, and decided to fly to Berlin as well. We were going to take the train, just because we have never taken a train before, but it actually cost MORE than the flight, so we went with the flight via AirBerlin. Speaking of which, AirBerlin was an awesome airline, with really nice, new planes that were very ontime.

So, we left after work on Wednesday, the 16th (also my Momma's bday, Happy Birthday, Mom!). Flight was overnight, arriving in Frankfurt at around 900 AM on the morning of the 17th. Flight was good, I pretty much slept the entire thing. We arrived and were greeted by a driver from the hotel we were staying at, the Flemings Hotel Frankfurt-Messe, which I chose because it was in central Frankfurt. Took about 20 minutes to get there. Checked right in and explored the hotel a little bit. The gym was pretty lame, with equipment that was not even up to par with what I have in my basement at home, but, since we were pretty jet lagged, we had no desire to work out anyway. :). Decided to make it a relaxing day and head to a local spa to use the saunas, pool, hot tubs. We went to Taunus Therme in Bad Homburg. Found it pretty easily, took the subway train, then walked to the Spa. The spa was very relaxing and nice. We used all the different saunas, went in the hot tub, went in the pool, had a drink and pretzel, and relaxed in the meditation room. Love European spas! Had dinner after that at a place called Maredo. I had salmon with wild rice and lobster bisque soup. Went back to the hotel after this and had a lemon white chocolate muffin from the hotel bakery that was aMAZing. The bakeries in Germany were all simply incredible and there were SOOO many of them. Off to bed......

Got up fairly early for a quick flight to Berlin. Same driver picked us up and gave us a little bit of history of the country on our way to the airport. Flight was quick and uneventful and we grabbed a cab to our hotel, the Radisson Blu in the Mitte District of Berlin. Hotel was great--nice room, kewl aquarium in the lobby that went to the ceiling and had tons of pretty fish, nice spa/sauna area with massage and other treatments. Went first to the JFK Museum. Interesting that there is a museum dedicated to JFK in Berlin. On the way there, we saw the Brandenburg Gate. The museum was really well done and classy, with some amazing photos on the history of the Kennedys. Really enjoyed it. Headed to lunch next at Casa Italia, where I had spinach gorgonzola pizza, that was pretty much awesome. Kurt had an onion tuna pizza. We then went to the Judisches Museum, which was a really interesting museum on Jewish history in Germany. Had dinner at Olivia International Kitchen, and stopped to buy an eclair for dessert at a bakery. Yum. You can see my normal diet when out the window while there, but I was on vacation and was not going to miss out on German food! Went to bed.....

Next day, we went to find the concentration camp, Sachsenhausen, which is located just outside of Berlin. After some figuring out of the subway system, which was slightly more confusing with the changing of trains that other places we have been, we found it! :). The concentration camp was one of the most eerie places i have ever been to. It was pretty much in the same form as it was back when it was a camp, with some added musesum like elements and descriptions on signs. We walked around the entire thing, both inside and out. I would highly recommend going here if you are in the area. It was a really educational experience. Had lunch at Antica Roma, and then headed to the Erotik Museum (total opposite end of the spectrum than the camp). The musesum was slightly shocking, but amusing. Some of the signs were only in German, so we did not totally "get" everything, but mostly there were artifacts, pictures and videos, so we could figure out most of it. Def NOT a place to take kids, LOL, and you have to be 18 to get in. Went to another spa that night called Thermen Europa, which was our favorite one we went to on the trip. After that, had dinner at a place called Alex near our hotel where we split appetizers and drinks.

Last day, we went to a museum called The Story of Berlin, and the Neues Museum. We thought Story of Berlin was somewhat elementary, better for school aged kids. The Neues Museum was beautiful though, with really old artifacts from the Egyptian people, Roman people, etc. Really great place. There is normally a wait to get in, but we lucked out and walked right in. Had lunch at Capone Cucina and walked around some stores shopping in the area as well. Had a massage before we left at Mangmi Thai Massage, which was an awesome massage.

Sadly, when we returned, we had to go into the office for a few hours for appointments and catch up, and we are still kinda jet lagged!

We really, really liked Germany though and would like to go back and explore some other areas, like Munich. The people there were super friendly and polite, very respectful of everyone.

You can see the pics by clicking here.
Composed By: Lori Anne Haskell at Saturday, February 26, 2011 5 comments: 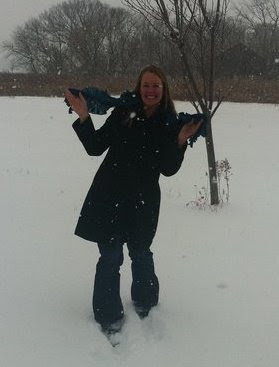 The weather here has been horrible for southern MI! Sometimes, we get almost no snow in the Newport area, so the amount we have gotten in January and now February is crazy. Wednesday, we closed the office as all the courts called and canceled court, and a lot of businesses were shut down as well. I was thrilled to stay home in the middle of the week.

Wednesday was also Kurt's 40th bday, so it was nice to relax and do nothing for the day. We ended up heading out later in the day for massages and I got my nails done as well, while kurt went to Border's and bought a Germany book. Germany is where he selected for his bday trip (no matter how hard I tried to persuade him we need some warm weather and beach time), so we head out later this month for a quick trip there to explore. Should be interesting, and will be kewl to explore both of our heritages, as we are both 50% German. Got one of our tickets flying there free, and the other for $300 off, so we saved quite a bit using miles. Yay. Have planned nothing yet, but will start looking into it soon.

Another positive thing this week, Kurt started working out with me again! Yay! So glad he is working out again and I am not alone in our gym every night. Weighed in today, and I am down another 2.2 pounds, making my total since Sept 12, 2010, 44 pounds! So psyched. And telling everyone who asks me about my weight loss about the daily plate, which I give all the credit to. Amazing, free site. I was curious about how i have done each month, so I went back and tracked how much I lost each month thus far, and here it is:

21 weeks, average of 2.09 pounds per week (which is more than what i put into the daily plate to lose, I put "2 pounds per week", but the site is pretty right on). 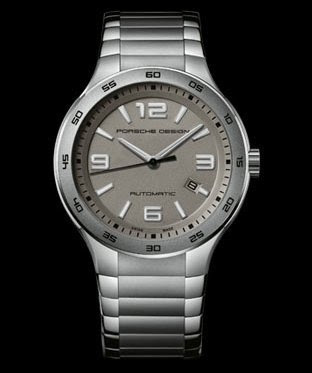 Gave Kurty his surprise bday gift as well, a Porsche watch. It's super nice and I got an amazing deal on it. it looks even better on him than on the website i bought it from. :). I wanted to buy him a nice watch and while researching, I found that Porsche makes watches and since Kurt is obsessed with Porsches, I knew I had to buy him that brand. I really like Cartier watches, but spending $15000 on a watch is NOT happening. I can buy a kickass trip for that amount of money! :).

Got a great deal on two new suits this week from ruelala.com (one of my fav discount sites). One is Tahari, one Nine West. Hopefully, they fit well, but shipping to return is free if they do not. I have no idea why anyone would ever pay full price for a suit with all these designer discount sites out there! Yay for sales.

Very proud of myself for not eating standard Super Bowl foods today! I usually make an awesome chili cheese dip, and eat a ton of tortilla chips. none of that today and life totally went on. I did buy corn on the cob which tasted awesome. It's better in winter for some reason......Was thrilled that the Packers won as well. And the Puppy Bowl was wonderful. :).

After we interviewed at the courthouse, Fox called Kurt the next day to see if they could come to the office to continue the conversation. I really don't like being on TV, but they wanted us both, so I participated and let Kurt do the bulk of the talking. Glad someone mainstream media is FINALLY reporting this. Go Amy Lange!
Composed By: Lori Anne Haskell at Tuesday, February 01, 2011 17 comments: