I was contacted by Aloha Island Lei in Aiea, Hawaii.  The company had read our blog and liked it, and asked if they could send us their product to review on our website.  Of course, I said sure! 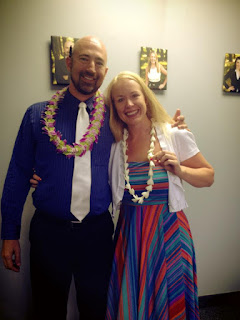 I forgot about the exchange of emails until today.

A box was delivered to my office, overnight from Hawaii.  We received two leis and a little package of macadamia chocolates.  One of the leis is made of tuberose, and I am wearing it right now.  It smells absolutely amazing.  My husband, who has almost no sense of smell, thought it smelled awesome.  The other lei is currently being worn by my secretary, and it stunning and made of orchids.  My paralegal ate the chocolates and said they were incredible as well.

The flowers were very fresh and are so gorgeous and perfect, they almost look fake!

If you need anything like this in the future, this is the company to contact.  I looked up their prices, which are very reasonable, even low.

This box totally brightened our office's day.  We thank you so much Aloha Island Lei! 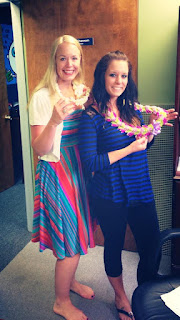 I had an awesome weekend. 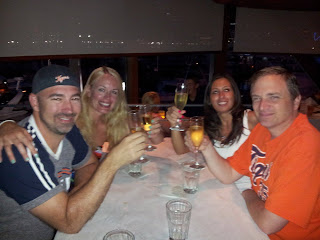 Kurt and I went to Baltimore with our friends, Ron and Erika (same couple we went to Vegas with back in March 2013).  This trip was short, but filled with lots of fun things.  We flew Delta into Baltimore on Thursday night (late).  Went straight to the hotel as we were tired and passed out.  We stayed at the Homewood Suites (Hilton hotel) and I loved it.  We had a Suite on the 12th Floor.  Side note, the gym at this hotel was incredible.  Prob the nicest gym I have ever worked out at.  The room was HUGE as well and super nice.  I loved everything about this hotel. 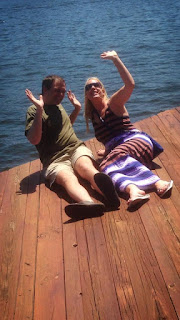 Friday night got up and worked out then headed to this area called Fells Point to find a place to eat lunch.  Ended up at this place called Riptide by the Bay.  Lunch was super good and we wandered around for a while after lunch in the Fells Point area.  Went back to the hotel, and Erika and I headed out to do some boutique clothing shopping.  I bought Kurt some shoes and myself a bathing suit cover up at this kewl little store called South Moon Under.  also bought a tank top at White House Black Market.  Erika bought a cute dress and two tank tops.  Headed back to the room, and we walked to the Tigers game at Camden yards.  had awesome seats, and met up with my friends Charlene and Carl.  Tigs lost, and we headed to dinner in a little area called Canton and ate at this place called Claddagh's Pub.  Dinner was good here as well.  got harassed a little because of our Tigers shirts, LOL, and headed back to the hotel for the night. 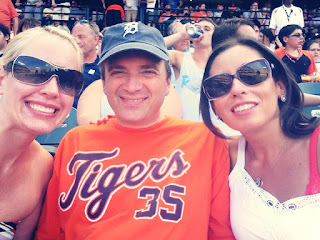 Day two, Saturday, got up and worked out then headed to lunch in Mexican Town at a place called Cinco de Mayo.  It was yummy, but reallllllllly slow service.  Headed to the game after that and this game was much better.  Tigs won, homeruns all over the place, and we headed to dinner after that at Rusty Scupper on the water.  This was one of the best dinners out of my life.  Loved it.  Service was perfect, food was phenomenal, view was beautiful, and we drank a LOT of champagne.  Had an absolute blast.  Back to the hotel after this. 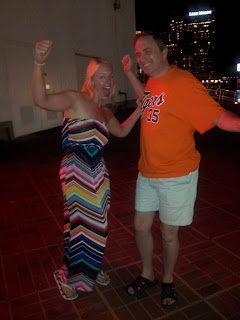 Sunday, we got up and headed to a couple sports bars to eat and watch the game.  We ate at a place called Shuckers, and then ended up at a place called The Greene Turtle.  I also wandered around some stores a bit but did not purchase anything.  I love all the little boutique stores in huge cities.  It makes it depressing that Detroit has literally NOTHING compared to other major cities around the country. 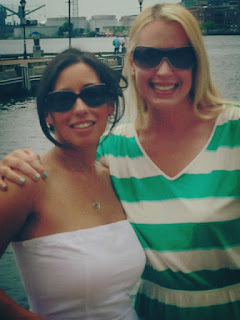 Headed to the airport after that and back home.  2 hour delay on our flight, and I was back to work this morning.  had a busy day and helped my friend Dayna get sworn into the bar, which was fun. 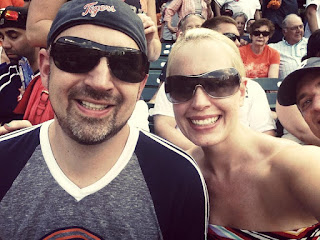 Hope everyone else had an awesome weekend.
Composed By: Lori Anne Haskell at Monday, June 03, 2013 1 comment: