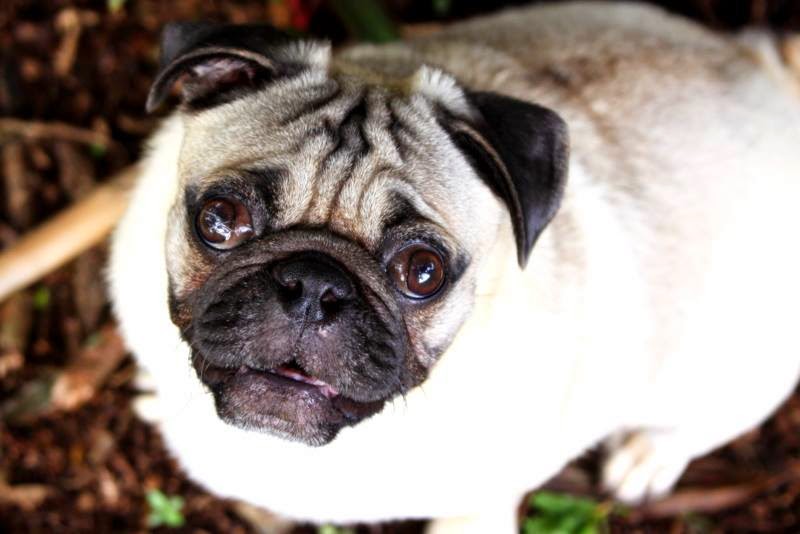 **Midas is a handsome boy.  He followed me around the yard while I took pics, so I of course, had to take pics of him.

Friday is Farmer's Market Day, yay!  They were out of Kurt's blackberry pie, so this time, he bought an apple which he says was BETTER. I tried a piece of the crust, and WOW.  Awesome.  Bought the other standard stuff.  Nice that even in the rain, the outdoor market is open, with tarp covering! 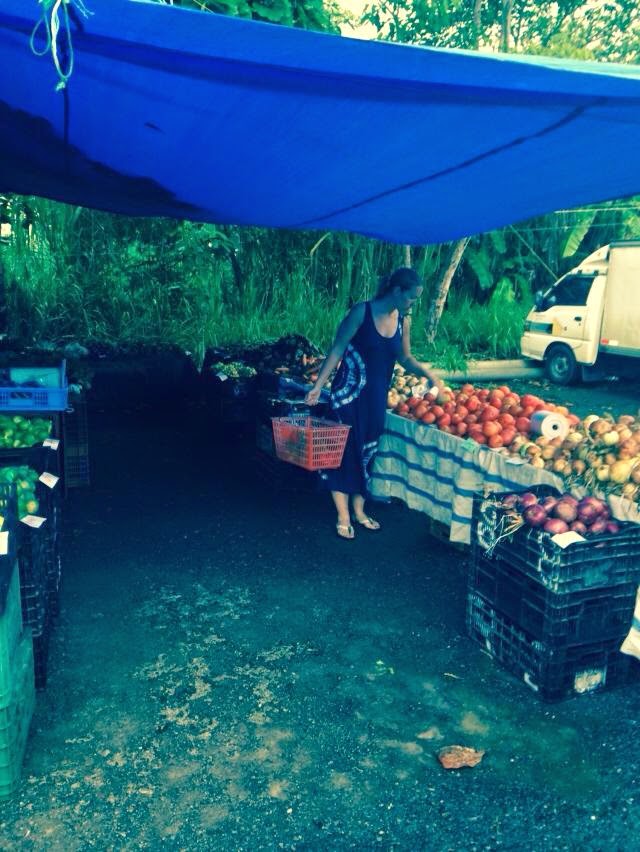 Friday was Gretel's Day to go to the beach!  She was not as excited about the water as Midas.  She was more smart too, quickly figuring out the tide going in and out.  She only got wet a couple times.  She had a really nice time watching 4 dogs with their owner play catch.  She did not want to play fetch though, as that would require going in the water. 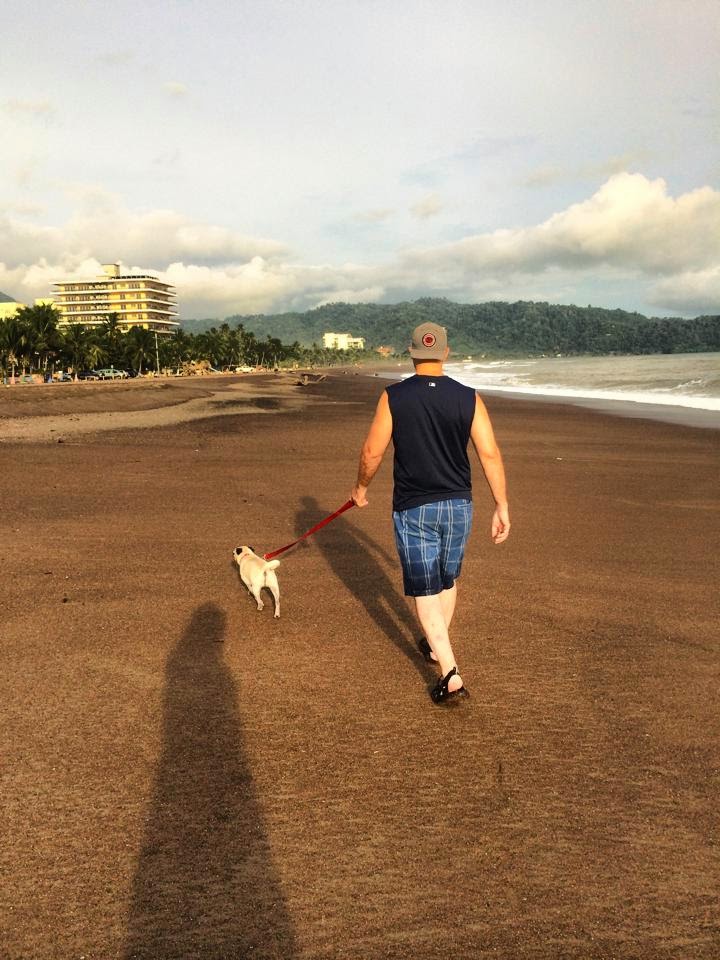 Took her for ice cream after, but she did not want any.  Weird.   So, I helped her out and ate her vanilla gelato.  It was yummy.  Gretel fell asleep on the way home. 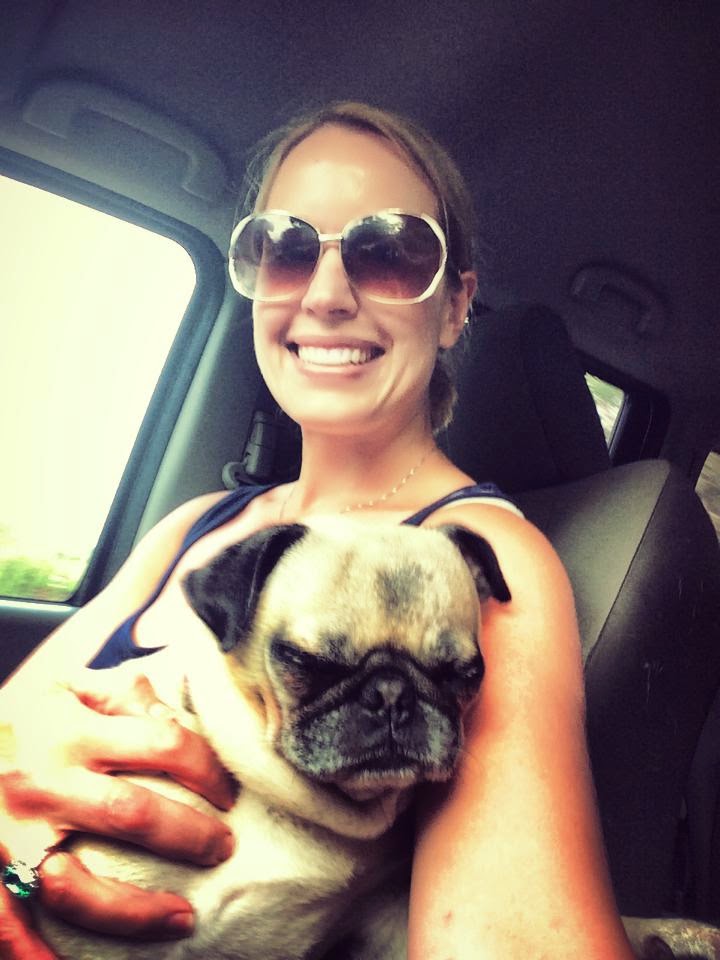 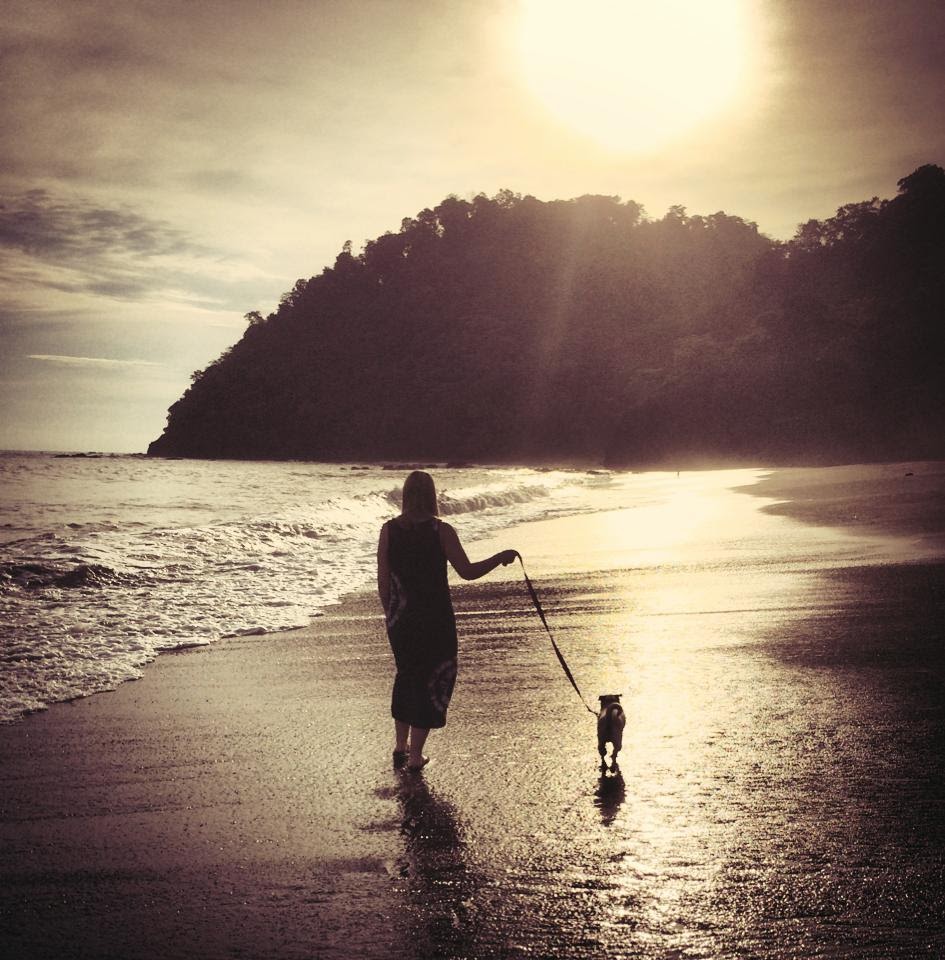 While on the beach, took some pics of the new casino/resort going in.  Jaco has casinos, but they are all pretty small and kind of lame (compared to Vegas anyway).  Croc's is going to be, supposedly, Vegas caliber.  We will see. They are supposed to be complete by December 2014, so we will have to check it out then and see what kind of games and amenities they have. 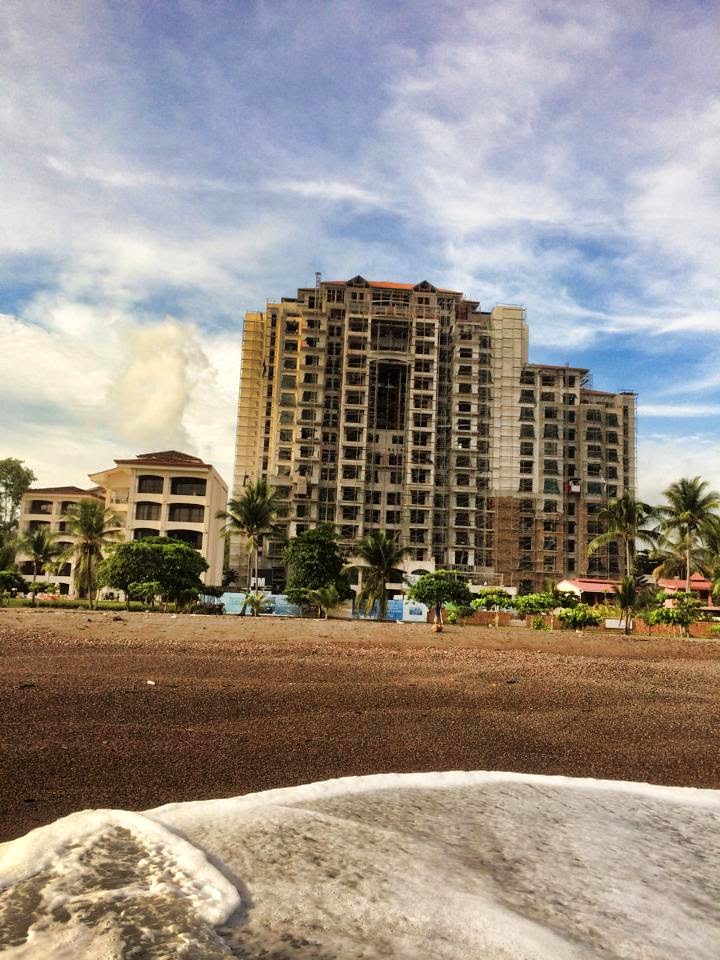 Finally got out my DSLR and went for a walk around my yard and neighborhood.  While out with the camera, I met another neighbor, Chris, from Toronto.  She has a business in town and lives here full time.  Very nice.  She lives up the hill from us.  I played around some with my new fish eye lens, which is pretty sweet.  Takes kind of distorted view pics of the landscape. Love it. 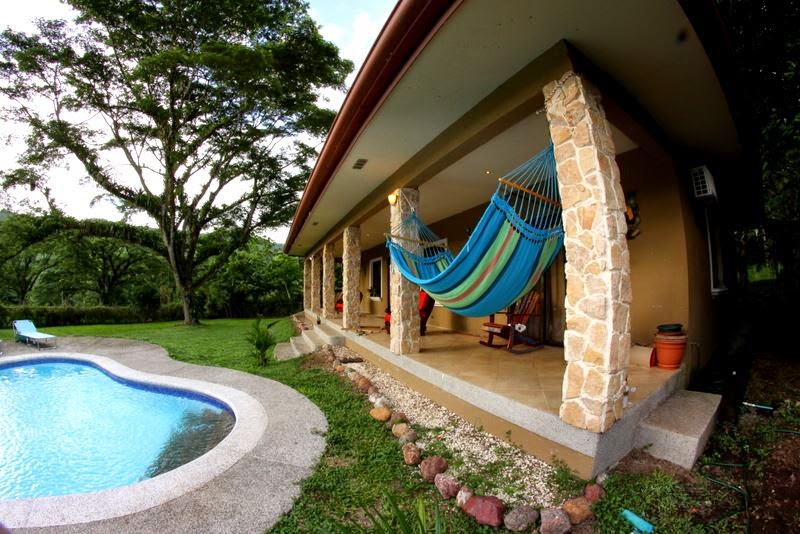 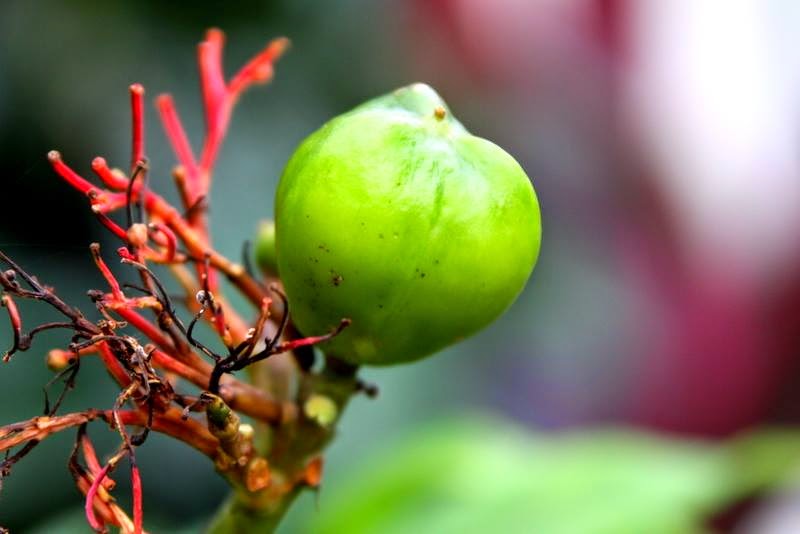 On Saturday, Costa Rica played in the World Cup against Uruguay.  A lot of sports books and TV stations were predicting not only would Costa Rica lose all its games, it would score zero points.  Well, not only did they win, they scored THREE goals.  It was awesome.  We watched at home, but afterwards headed downtown to go to the hardware store and it was CRAZY downtown.  It was like a self-made parade.  People were partying everywhere and the fans were ecstatic!  It was very kewl to be part of.  We took some video and stayed there a while. 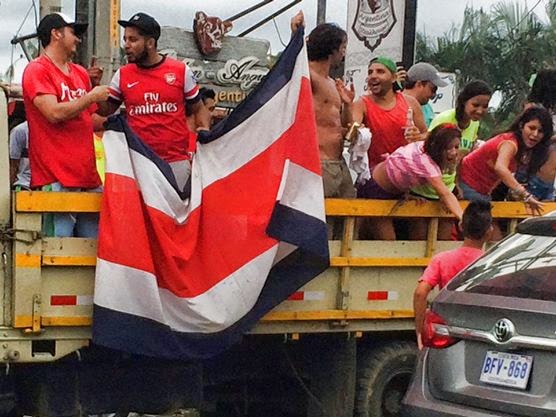 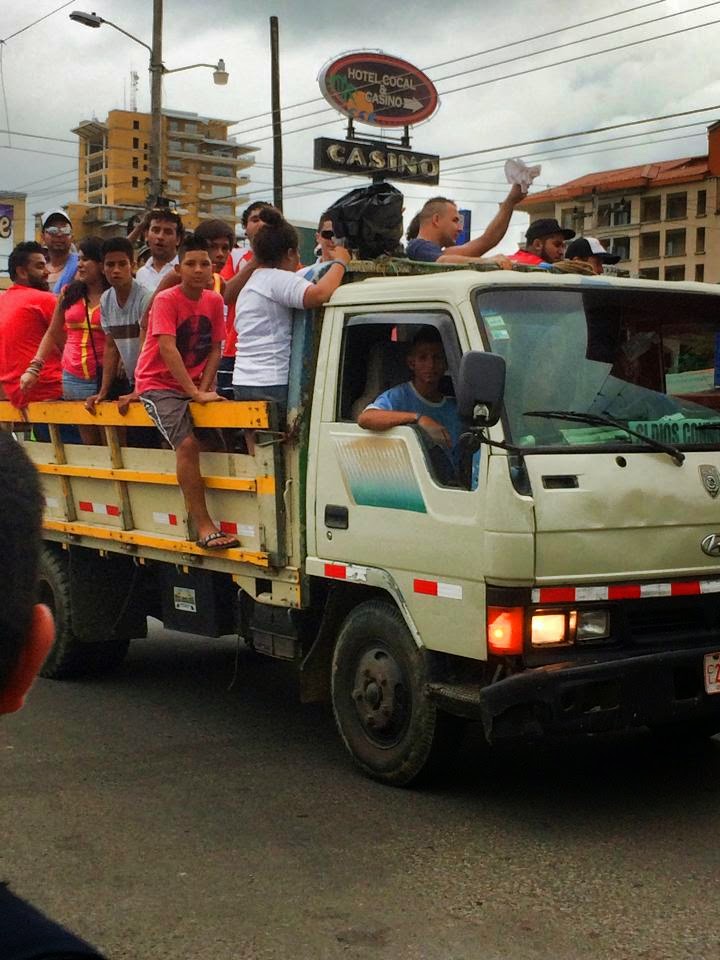 Saturday was date night, and we chose Los Amigos.  Had amazing shrimp pad thai and a guac appetizer.  It was a really nice night out, but we ate way too much food, I was stuffed. 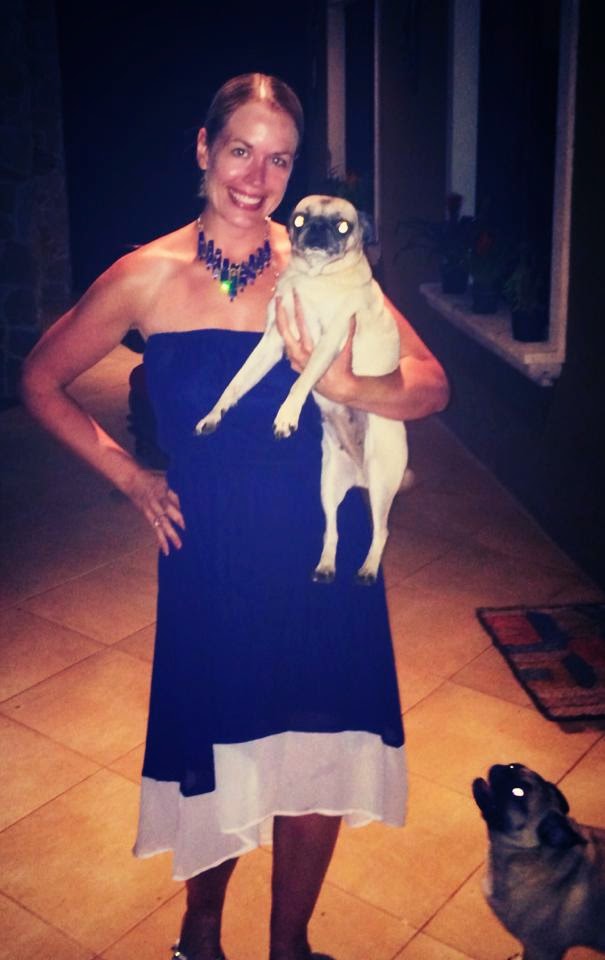 The wiring around the bottom of our fence started to be installed today.  This will keep the snakes and toads out of the yard to keep the pugs and cats safe.  Also went today and bought paint for our bedroom.  We are slightly modifying what we are doing with the bedrooms.  We were going to make one bedroom a closet, but we are not making it a bedroom (so we have two spare bedrooms) and making a closer in our bedroom.  We have a HUGE master bedroom, and without a closet or something in there, it is just kinda wasted space.  And, I would rather have two guest beds, in case we have families come and stay. So, we are painting our bedroom and then starting the closet.  I bought a jade green color for the bedroom.

Lori - Loving hearing about all of your adventures with Kurt and the fur babies!